A New Place to Wait 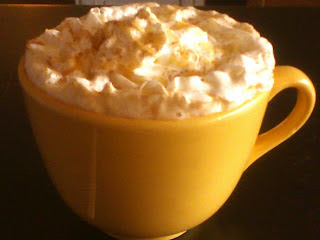 Not a bad photo for a cell phone, eh? It's called Apple Pie. Hot apple cider with caramel syrup and cinnamon. I got it at the coffee shop down the hill called Bongo Java. It's your typical college neighborhood cafe. The patrons are early to mid 20's. The music playing is from bands and musicians most people have never heard of. Those bands and musicians who gather followings through word of mouth, cafe concerts and iTunes. I think it's part of the whole package of being a college neighborhood cafe patron. It's a rule in an instructional book-probably titled "College Cafe Patronage for Dummies".

Rule 1: Be different and nonconforming, less mainstream. This goes for clothing, hair, and taste in music.

Rule 2 is probably something like: "If you're going to have a laptop it must be made by Apple.

Such a patron would find it serendipitous if he/she stepped into the back room and find the book on the shelf titled Macs for Dummies. Don't get me wrong, I'm not saying Mac users are dummies. However, the book seems to accept that there are some- indeed the success of the book depends on the existence of dummies who own Macs. As does all the "____ for Dummies" collection. There's also a Macintosh Bible -for those who seek spiritual guidance?
"Thou shalt not Control+Alt+Delete"?

Topics of discussion at Bongo Java are mostly centered around college classes, term papers, professors, and the occasional punk bohemian gossip about new world orders, The Man, UFO's,
and Star Wars....you know-those old chesnuts. But no one is talking about fishing. Back home coffee shops are very different. Patrons are usually of retirement age. They're up early at 5 am and huddled around one or two tables. They'll look at you when you walk in-trying to figure out whose kid you are. No iPods, no laptops, no apple ciders with heaping whipped cream. Just plain black coffee and creamer and sugar. They talk about fishing. What's biting, where they're biting, what bait is best, and the weather. The small town coffee shop partons aren't in any hurry. They're patient. Patience learned from fishing. You go out, throw out your line, and you wait to get lucky. That's what fishing is, patiently waiting to get lucky-and enjoying it.
Posted by The Ichthyophile at 2/20/2007 10:27:00 AM 2 comments: 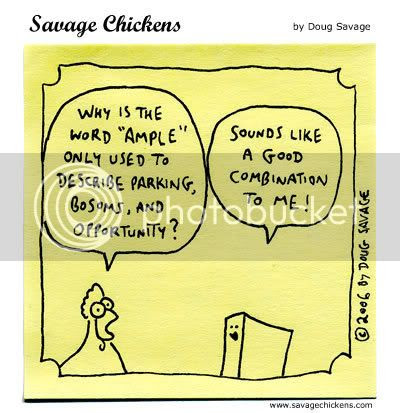 Speaking of ample breasts, I'd like to officially announce that I am NOT one of the ever growing number of possible "baby daddy" candidates in the Anna Nicole Smith saga.

Finally the weatherman got it right. I woke up this morning to the pleasant sight of snow. I got out and took a little walk around the neighborhood and took a few photos before the snow had a chance to disappear. 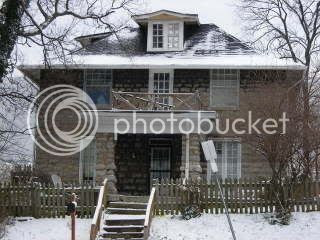 The Bernard Ave house. If you look closely you'll notice it seems to be leaning just a bit to the right....just like the photographer.(haha). 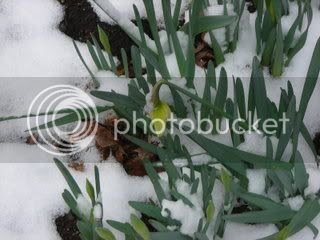 As I was walking across the Belmont campus yesterday I noticed a group of buttercups that obviously didn't get the memo about the forecast. Today they pay the price for being so foolish and impatient. Many things in nature will take advantage of any opportunity to live and grow and our mild winter certainly teased these early bloomers out...much earlier than normal. DAMN us Humans for creating this Global Warming and El Nino! Thanks to us these poor blooms will never survive!! Oh woe is meeeeeeeeeeee!!!!!!!!!!!!*sobs* 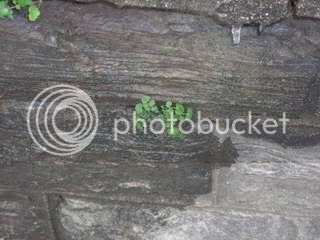 Another example of Mother Nature surviving wherever she can. Just a small crack in this stone wall is enough room for this little weed to take hold and survuve. Facing the southeast, it gets a good bit of sunlight this time of year. 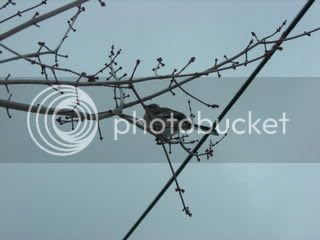 I was able to walk right up underneath this mockingbird. I wondered why it would let me get so close and not be too frightened. 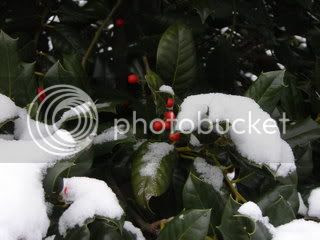 Then I saw these. To us humans they could be poisonous but to the mockingbird they're the easiest meal to find. And because it's so easy to find these holly berries the mocking bird has to defend his territory from robins and cedar waxwings. So no wonder he didn't move when I walked up. Always on guard. 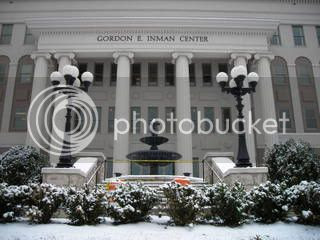 This is one of the buildings on the Belmont University campus. Even with the yellow tape and orange & white barrels it looked nice. 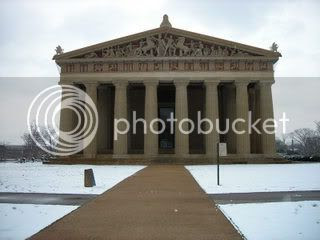 I drove over to the Parthenon to snap this picture. 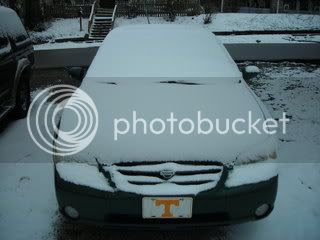 And finally, my car. This could be the last time this winter to see it covered in snow. When I was growing up in the early to mid 80's we used to get frequent "heavy" snows. Enough to build snow forts in the drifts. Enough to sled down the big hills. Enough to tie some rope to our bikes and pull a friend behind us on a sheet of fiberglass mobile home underpinning.
As adults, many of us complain about having to drive on the slick roads. We complain about how poorly our fellow citizens drive. I complain about having to be an adult and not having the time or opportunity to enjoy this rare treat.....Curse you Americans for being the main contributors to global warming!!
Posted by The Ichthyophile at 2/02/2007 01:28:00 PM 3 comments: